Nationally recognized Orange County financial advisor Laila Pence was honored with an award at “Egyptian Women Can” conference on July 2-3 in Cairo, Egypt. She was one of over thirty leading immigrant Egyptian women worldwide invited to participate in the conference.

The conference had 6 discussion panels on a range of issues, including good governance, health, economy, education, production, and media. 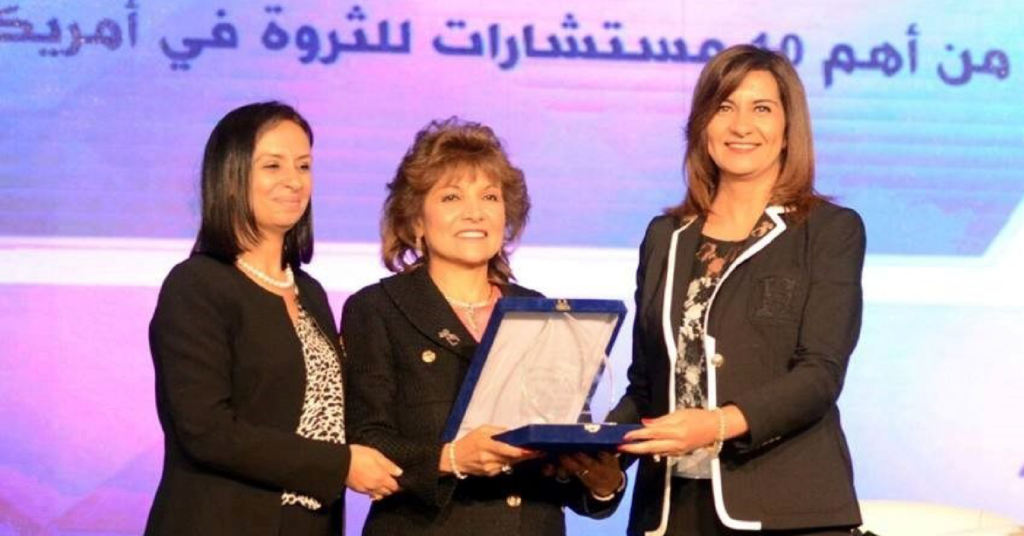 Laila and other participants visited the World Religions Institute in Coptic Cairo (Old Cairo) where they toured and listened to the history of the Synagogue of Ben Ezra, Al-Moallaqa (The Suspended Church), the Mosque of Amr ibn al-As, and other religious monuments.

Laila is an active philanthropist, supporting many community and Christian non-profit organizations.

While in Egypt, Laila was interviewed by many different broadcasting networks. The most notable was with Lamis EL-Hadidi on her television show Hona Al’asema where Laila was able to share her story about immigrating to the United States of America. You can watch the Arabic language interviews below.

Laila Pence’s immigrant story is remarkable. As a young girl, her family left Egypt after her home was destroyed in an airstrike during the Six-Day War. She and her mother ended up alone in New York where they sold hot dogs and pretzels on the Staten Island Ferry so Laila could attend school and save money for college.  She worked her way through UCLA studying Economics and founded the firm of Pence Wealth Management which now manages $1.4 billion dollars in brokerage and advisory client assets from its headquarters in Newport Beach, California.

“The ‘Egyptian Women Can’ conference is the second of its kind, and is aimed at building trust between the influential immigrant Egyptian women and representatives of the government and civil society associations in the various important domains”, said the Minister of State for Immigration and Egyptian Expatriates Affairs Nabila Makram.

A similar gathering was held in December 2016, which was attended by Egyptian scientists living abroad.

The conference in Cairo was held under sponsorship of Egypt’s President Abdel Fattah Al Sisi.

LPL Financial and Barron’s are not affiliated.

LPL Financial and the advisor firm referenced are separate entities.