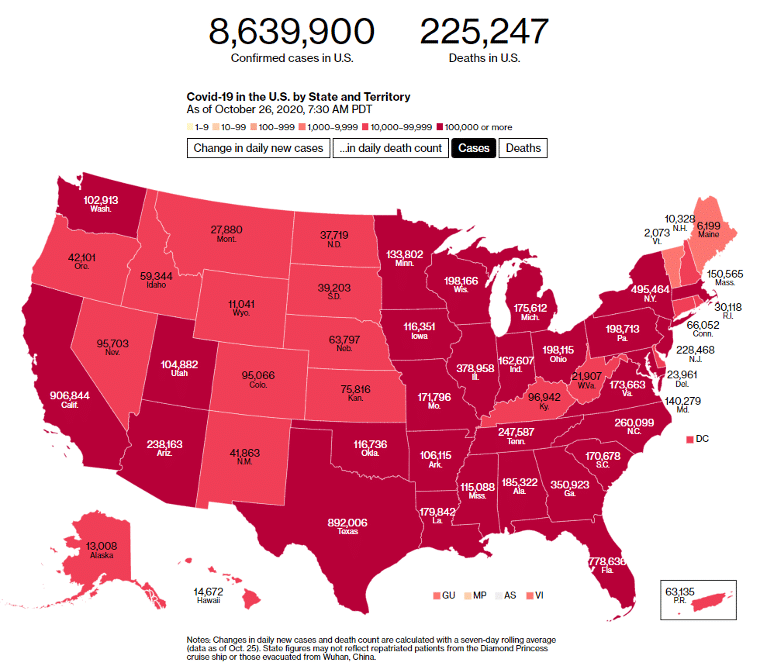 Dunkin’ Brands in Talks to Be Acquired by Arby’s Parent – Wall Street Journal, 10/26/20

Four in ten supporters of Biden, Trump would not accept election defeat – Reuters, 10/26/20