Addressing a Potential Conflict in Ukraine

Addressing a Potential Conflict in Ukraine 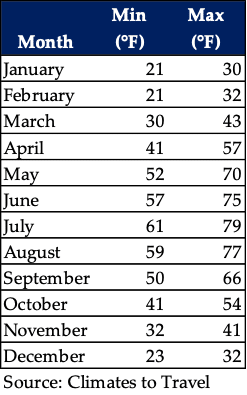 Markets have been moved in recent days on increasing tensions between the United States and Russia, with Western estimates of over 130,000 Russian troops

positioned outside of Ukraine at time of writing. Bottom line is that we will get an answer on the Ukraine question soon. Temperatures in Kiev typically increase quite a bit in March, melting snow in continental areas, which turns into mud and can make tank travel extremely difficult until the ground dries later on in the year. If Russia is to have a tactical advantage in the attack, they need to move before the thaw and their tanks get stuck in the mud.

Given Russia is claiming it is pulling back some of its troops, this increases the likelihood of at least a delay in terms of a conflict – however the potential for a mistake by either side still remains high in our view. We cannot take a position on the ultimate likelihood or impact of a conflict in Ukraine but note that, historically, armed conflicts have had limited impact on market performance unless they create a recession.

Conflict in Ukraine is much more likely to damage valuations than fundamentals, as Europe is substantially more impacted by a potential conflict than the United States – Russia fulfills about 40% of the European Union’s demand for energy and coal. The 2014 annexation of Crimea had limited impact on US equities, especially when compared to markets in the Eurozone. 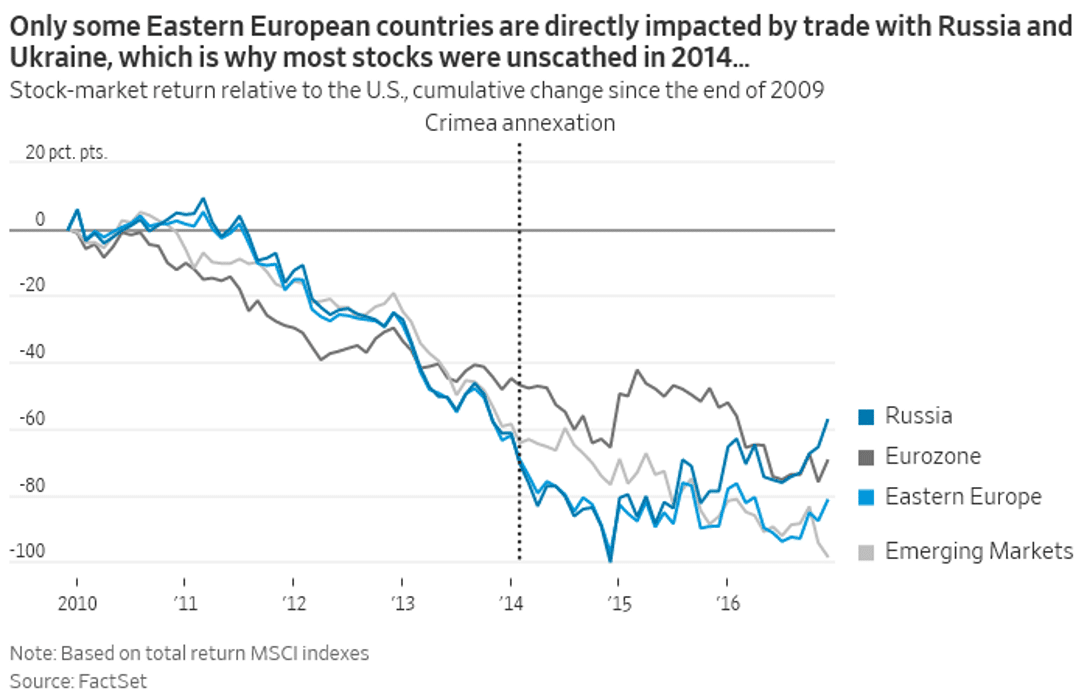 In our view, an escalation probably boosts the dovish impulse of the Federal Reserve and reduces the magnitude and frequency of rate hikes this year, though any impact on Russian energy production or product export would likely be inflationary as the country is a global source of palladium, nickel, aluminum and fertilizers.

However, in and of itself, we do not think a conflict in Ukraine invalidates the thesis of a continued year of positive fundamentals. Last year’s market performance was driven almost entirely by earnings growth, rather than multiple expansion, and we expect that most of this year will follow that trend. Corporate reports in the fourth quarter showed continued strong performance, and while first quarter earnings per share estimates have moved down modestly, estimates for the full year remain stable.

Supply chain issues, while still extremely elevated, are also finally showing some early signs of easing. The Federal Reserve’s recently constructed Global Supply Chain Pressure Index (GSCPI), designed to measure global supply chain disruptions, has shown 3 months in a row of improvement, while the number of container ships queued for loading at the LA Long Beach complex have decreased to November levels after hitting all-time highs just 16 days ago. Both measures are still well above normal levels, but any improvement is welcome.

There’s an old adage that investing is about time in the market, not market timing. If you have found yourself paying extensive attention to financial television or websites, then it means you probably are overexposed to headline hype. The macro backdrop this year is considerably more challenging than it was last year, and while our baseline expectation of a modestly positive year based on earnings growth has not changed the likelihood of volatility created by headlines risk has increased.

In summary, Russia is threatening an invasion of Ukraine, not Utah. If an invasion occurs, we see a market reaction as short lived – ultimately the United States is one of the safest destinations for money fleeing Europe. An invasion, if it occurs, would likely be the unintended consequence of a miscalculation, therefore all parties will work quickly to de-escalate and Russia has many opportunities to accomplish their stated goals without an invasion. When it comes to concerns about oil prices, it is important to remember that the United States is the world’s largest oil producer and is one of the key producers able to absorb an oil shock and increase production if regulations permit.

We appreciate your trust and the opportunity to be of service.

All the best,
The Investment Team 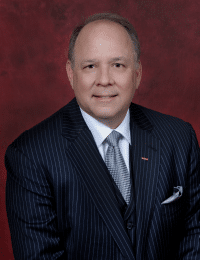 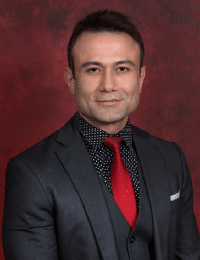 Content in this material is for general information only and not intended to provide specific advice or recommendations for any individual. All performance referenced is historical and is no guarantee of future results. All indices are unmanaged and may not be invested into directly. The economic forecasts set forth in this material may not develop as predicted and there can be no guarantee that strategies promoted will be successful.